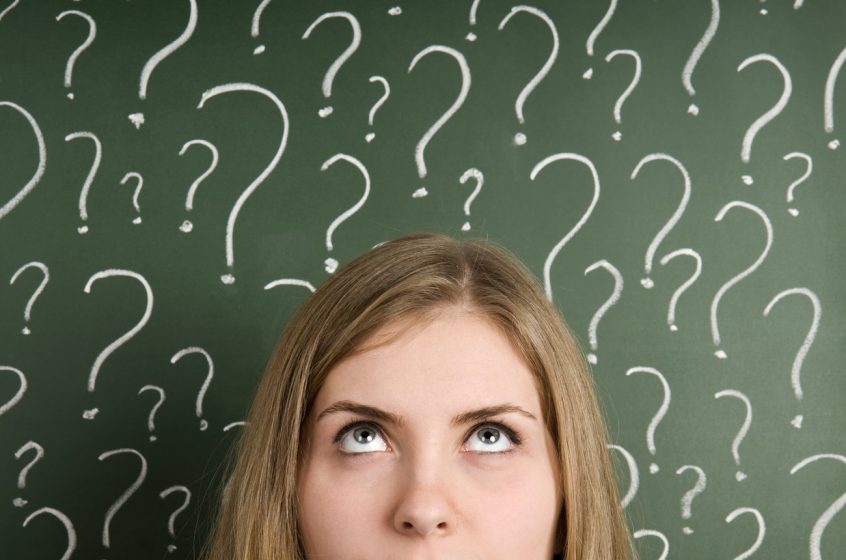 Overall, about one in six college students in Ireland do not progress to second year. However, the dropout rate is as high as 70% for many courses and fields such as construction, engineering and business studies have some of the highest dropout rates. Dropping out of college can be traumatic and costly for the student and their family and it can cost the taxpayer as well.

There are many reasons for this dropout rate but a study conducted by the National Forum for Enhancement of Teaching and Learning in 2015, found that the most common reason is that the student who dropped out chose a course that did not suit them. This indicates that the biggest problem is that students are picking courses that they are not interested in and that are not suitable for their aptitudes. In this blog post, we list three ways that Guidance Counsellors and Educators can help students to pick the right course.

1. Simplifying the process for your students

The first challenge that many students face is that there are so many CAO and PLC courses, that picking an option seems quite daunting. Research indicates that young people are not engaged in thinking about different career options as the task is too difficult. To get young people more engaged in the career guidance process, the research indicates that we need to help simplify the process for them.

To simplify the process, the first step is to help students find careers (and the courses that lead into those careers) that are suitable for their unique mix of interests and aptitudes. From our 35 years of experience in career guidance, we have seen that people are most likely to succeed and experience satisfaction when they study and/or work in a field that is aligned with their interests and aptitudes. For example, many students often express an interest in fields such as Game Development but unless they are highly numerical, they will find it tough to succeed in that career. Once students know the options that are most suitable for them, you reduce their task from exploring countless options to exploring a few suitable options.

ESRI research has previously found that young people feel that too much emphasis is placed on points and getting into prestigious colleges and that they feel overwhelmed and rushed by the importance of the decisions that face them. Many students that we meet have no idea what they want to do but they know how many points that they want to get and they know that they want to study in a prestigious college. It can be easy for students to feel that standardised exams such as the Leaving Certificate are society’s way of telling them what they are worth. Not only is this perception untrue and unhelpful, the hype of academic achievement doesn’t help students to make informed college choices.

According to Brian O’Flynn, a student who got 7 A1s in the Leaving Certificate in 2014, his achievements led him to take a course that he hated and that he felt he had suppressed his true calling. He took the course because he felt that that is what somebody in his position should take. He left the course after he came to the realisation that although we are all conditioned at an early age to believe that success and failure are objective conditions, this may not be the case at all. He believes (as do we at Career Fit and ETC Consult) that success is an entirely subjective concept that comes from following the passions and activities that will bring you fulfillment and happiness. As a Guidance Counsellor or an Educator, you have to try and deemphasise points and emphasise the pursuit of passions and activities that will bring your students fulfillment and happiness in the long run.

3. Don’t be afraid to suggest Apprenticeships or Vocational Education

Over 60% of Leaving Cert students now attend University or an Institute of Technology and the number of people going to University is expected to increase by another 30% in the coming decade. It seems now that if you don’t go to college, people will think there’s something wrong with you.

But not every young person is suited to four years of college. Some are bright and ambitious but they’d rather be doing something else, like making money or repairing cars. However, they feel compelled to go to college because they are told over and over again that a college degree is necessary. Yet if they start college and drop out, they will feel like failures. However, there are many great jobs that students can get without a college degree.

For example, we have a huge shortage of plasterers, bricklayers, painters and and floor tiles at a time when there is a demand for thousands of houses to be built. In 2018, Ireland will have just four newly-qualified plasterers, three apprentice bricklayers, three newly qualified painters and decorators and zero people have taken up apprenticeships in floor and wall tiling. There has been a staggering drop in the numbers of people signing up for apprenticeships. The emerging economy will also need platoons of technicians able to install, service, and repair all the high-tech machinery filling up hospitals, offices, and factories.

However, for many students, they have never even considered these options as they feel obligated to go to college. We are not recommending that you stop students who want to go to college from pursuing a degree but it is important to help students who might be more suited to an apprenticeship understand that there is nothing wrong with them if they don’t pursue a three or four year degree and that college is not for everybody.