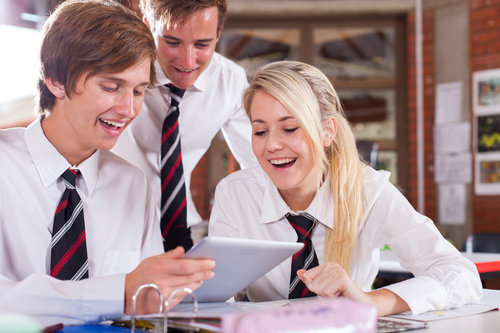 Ideas that stick are those that are understood and remembered. As an educator, you are at the frontline of stickiness. You have a limited time to help your students learn, understand and remember concepts and ideas. And that is pretty challenging. Most of your students aren’t running into school eager to learn about sedimentary rocks, trigonometry or compounds. But there are 6 traits that you can follow that will help your lessons to be more easily understood and remembered. These traits were discovered by the renowned US Researchers and Authors Chip and Dan Heath.

These six traits that will make your lessons and ideas sticky are:

1. Simple – Choose the core concepts that need to be communicated and understood.
2. Unexpected – Generate curiousity by opening and highlighting unexpected knowledge gaps.
3. Concrete – Provide a way for your students to understand the concept in a way that makes it more meaningful and real.
4. Credible – Help the students to believe in the concept.
5. Emotional – Provide the students with the opportunity to emotionally relate to the concept.
6. Stories – Tell a story around the concept.

For example, maybe you’re an Economics Teacher who is trying to explain the concept of trade to a group of students who have no pre-existing economics schemas. You could break it down by posing the following question to students “Let’s say that you grow oranges and I grow apples. We are the only two people around. Let’s say that we would both prefer to eat some of both fruits rather than all of either. Should we trade? If so, how would we go about doing this?”

This is a simple way to introduce an abstract concept. Once this simplified version is understood, this concept can be expanded. For example, what happens if you get better at growing apples, will we still trade in the same way? This is a much more helpful way for students to understand trade than the standard text-book explanation which would go something like this “Trade is an economic concept involving the buying and selling of goods and services, with compensation paid by a buyer to a seller, or the exchange of goods or services between parties.“

In order to engage your students, you have to pique their curiosity. You can pique their curiosity by opening an unexpected knowledge gap. For example, when an 11th Grade Science Teacher ((which would be the equivalent of 5th year in Ireland) in the US wanted to get her students interested in nuclear radiation, she showed them photos of Chernobyl and posed the question, how did these tiny atoms cause so much damage? This was an unexpected knowledge gap that the students wanted to know the answer to.

One of the most important things about knowledge gaps is that you have to open them before you can close them. It’s easy to just tell the students the facts but they have to want to know them first.

Explaining trade in terms of apples and oranges as we did earlier in the article is an example of how to make a concept concrete. If you can imagine or examine something with your senses, it is concrete. The sound of a Ferrari engine is concrete. “Maximising Shareholder Value” is an abstract concept.

An effective way to make your ideas credible is to use statistics to illustrate relationships. For example, a Maths Teacher in the USA wanted to explain the basics of probability to a group of 9-10 year olds. He could have told them that they had a very, very small probability of winning the lottery (1 in millions). But that abstract number isn’t very memorable. So he decided to tell them that you have more chance of being struck by lightning than of winning the lottery. His students were amazed and it helped them to intuitively understand how unlikely they are to win the lottery.

It can be hard to make your students care about what they are learning. Many math teachers are asked questions such as “Why do I need to study algebra? When will I ever use it”? The standard textbook response about the purpose of algebra goes something like this:

– Algebra provides procedures for manipulating symbols to allow for understanding of the world around us.

This explanation makes sense to experts but to students, this makes absolutely no sense at all. A Teacher in the USA had a great emotional explanation for why you should learn algebra. At first, he kept trying to think of real-world explanations about where his teachings could be used but then he realised he had missed the point so he told his students the following:

“Never. You will never use this.” Then he pointed out that people don’t lift weights so they’ll be prepared should, one day, somebody knock them over on the street and trap them under a barbell. “You lift weights so that you can knock over a defensive lineman, or carry your groceries or lift your grandchildren without being sore the next day. You do math exercises so that you can improve your ability to think logically, so that you can be a better lawyer, doctor, architect, prison warden or parent. MATH IS MENTAL WEIGHT TRAINING. It is a means to an end, (for most people), not an end in itself.” His explanation transformed an abstract and theoretical concept (algebra) into something that his students can emotionally relate to.

A story disguised as a lesson is more likely to be absorbed by your students. But many teachers would argue that their subjects are ill-suited to storytelling. For example, how could you make a story that would teach your students accounting?

Yet, two college professors in Georgia State University put a story at the centre of their introduction to accounting course. The story concerned a new business launched by two imaginary college sophomores, Kris and Sandy at LeGrande State University. Kris and Sandy had an idea for a new product called Safe Night Out (SNO), a device targeted at parents with teenagers who were old enough to drive. Installed in the teenager’s car, the device would record the route and speed of the car. For the first time, parents could confirm that their car was being driven responsibly.

At this point, the students became part of the story. Kris and Sandy are your friends and they heard you are studying accounting. They need your help. They ask: how many units would we have to sell to pay our college fees? The students were guided on how to get the costs of the relevant materials (hardware, GPS receivers etc) and partnerships (how much it would cost to sell it on eBay, Amazon etc). Difficult concepts such as when to recognise revenue or calculate assets became part of the fabric of the story. The results from this teaching method were successful. An average of two years later, when students took a follow-up accounting course which built on those concepts, those students who had worked through the case study scored noticeably higher on their first exam.

However, the most remarkable thing about the effectiveness of this story is that it isn’t even particularly interesting. Nobody is going to tell their kids and grand kids about the story of Kris And Sandy but just presenting the information in the form of a story helped the students to learn more effectively.

It definitely takes a bit of time and focus to make your ideas stick. But if you can incorporate these principles into your lessons, your students will benefit immensely.